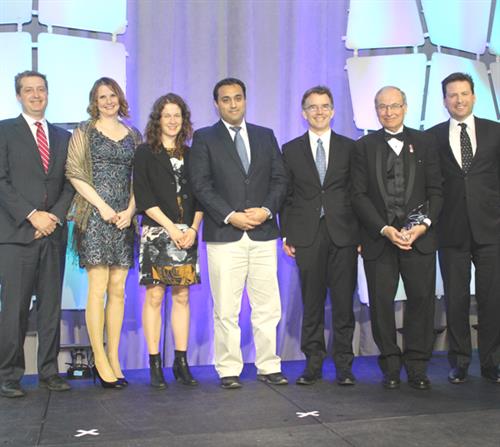 Quest reduces carbon dioxide (CO2) emissions from Shell’s Scotford Upgrader by more than one million tonnes a year, which is equal to the annual emissions from about 250,000 cars. This is done by capturing and permanently storing the CO2 emissions deep underground.

The CO2 emissions are produced when bitumen from Shell’s oil sands mining operations near Fort McMurray, Alberta, is refined at the upgrader, which is located just north of Edmonton. The bitumen-upgrading process adds hydrogen to the heavy oil and reduces it to synthetic crude oil. This hydrogen production is one of the largest sources of CO2 emissions from the upgrader.

Shell’s patented capture technology uses an amine solvent to recover CO2 from gases emitted by the upgrader’s three hydrogen manufacturing units. Using heat, the CO2 is separated from the amine, compressed to liquid form, and moved through a 65-kilometre pipeline to Thorhild County. There, it is injected into three storage wells more than two kilometres underground.

Several parameters were considered in selecting the Quest storage site, including:

The project, estimated to cost $1.35 billion over 10 years, is Shell’s flagship project for its global CCS program. The federal and provincial governments also invested significantly in Quest, contributing $120 million and $745 million, respectively.

Since it became operational in 2015, Quest has reduced emissions from the Scotford Upgrader by about 35 per cent. More than 1.5 million tonnes of CO2 have been successfully injected underground. The technology has been shared with governments interested in undertaking similar projects in Mexico, Norway, Netherlands, United Kingdom, Taiwan, Korea, and China.