Ensuring greater competency and diversity in the election nomination process

Since the beginning of April, APEGA has been engaging with our members to seek feedback on the report produced by the Special Committee of Council on Nominations. The Special Committee was tasked with assessing the existing APEGA Council election nomination process to ensure nominations consistently deliver candidates with the skills and competencies needed to govern the professions, while also fostering greater diversity. The committee’s report was presented to APEGA Council in June 2020 and includes six key findings and four recommendations. These recommendations form the basis of our discussions with members in virtual engagement sessions.

To date, more than 450 attendees have attended one of the seven sessions held so far, with more than 300 survey respondents also making their voices heard. There are two sessions left, on May 4 and 6.

Keeping a finger on the pulse of membership

The Special Committee also worked with the Canadian Centre for Diversity and Inclusion and sought considerable input from members, hearing from more than 2,000 survey respondents and conducting 17 personal interviews with various APEGA staff, contractors, and members involved in the election nomination process. Every response was considered and informed the final report presented to Council.

In October 2020, Council decided to re-engage with membership for further feedback—which is where we are currently in the process. To ensure maximum transparency, members have received multiple invitations to share their thoughts, and the full report and materials that were presented to Council are publicly available at www.apega.ca/nomination-feedback. If members cannot attend a live webinar, they can read the report, watch a video series, and answer the survey directly through the APEGA website.

After the final engagement session on May 6, all comments and questions received will be captured in a final engagement report. This report will be prepared by a third party with no vested interest in the outcome and shared with APEGA members.

Changes that take time to enact

For more information on the Special Committee of Council on Nominations report and recommendations, visit apega.ca/nomination-feedback. 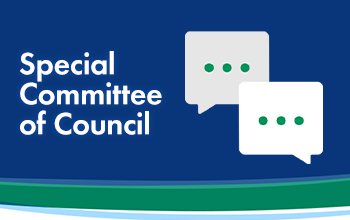