From planning to execution, Ginny, seven, and her brother Espen, six, used creativity, adaptation, and persistence to complete APEGA’s Science Olympics challenge for grades 1 to 3. APEGA's Science Olympics was opened to individuals registered by a parent or guardian for the past two years, allowing Ginny and Espen to participate alongside classrooms.

They followed the engineering design process to research, design, build, and operate a device that will solve a problem: lakes polluted by garbage. Specifically, their device will clean up plastic and metal waste from water near a dock in a two-minute time frame. 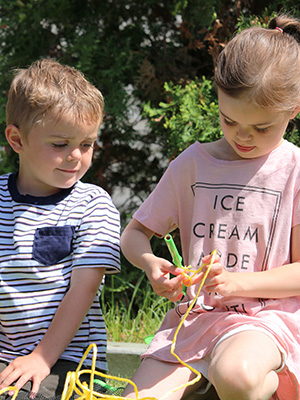 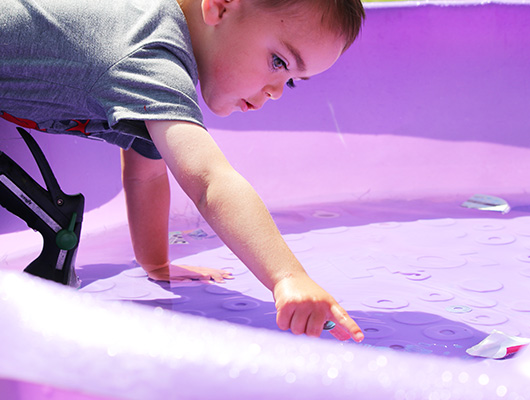 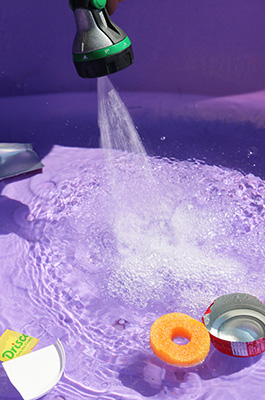 Their little brother Gabe, two, filled their well-loved purple elephant pool to prepare for the two-minute-long test of their device.

Ready to implement their newly acquired knowledge about buoyancy and magnetism, Ginny and Espen put waste materials, such as plastic from their family’s recycling bin, pieces of a cut-up pool noodle, and metal washers from their mom’s toolbox, into the pool to see which would float, which would sink, and which would be collected by the large, circular lawnmower magnet they found in the garage. 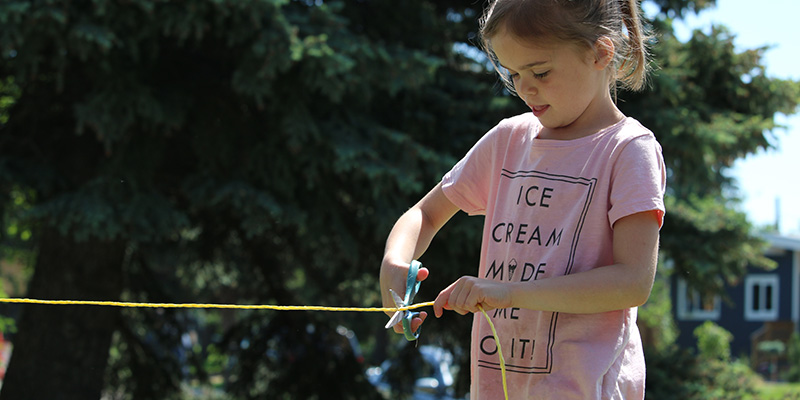 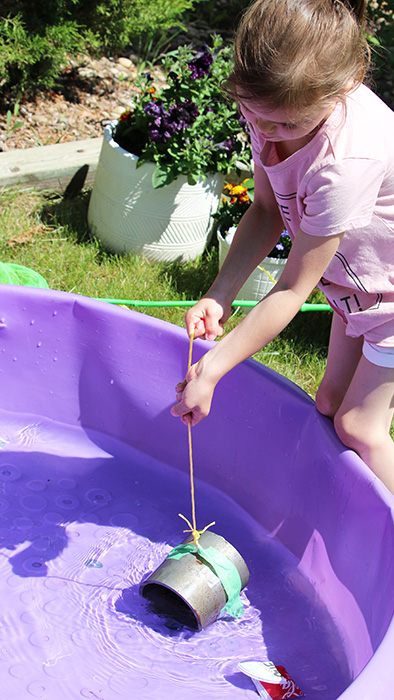 Experiencing her own “Eureka!” moment, Ginny made a pulley system using a nearby tree. “When the metal is being collected by the magnet, the plastic collected in the washing machine bags is being emptied, and when the plastic is collected, the metal is emptied, keeping them separated,” she explains, adapting her original plan to fit the environment. 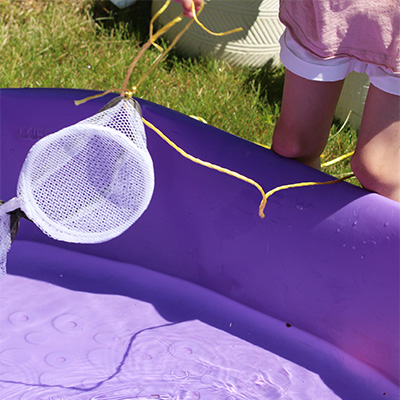 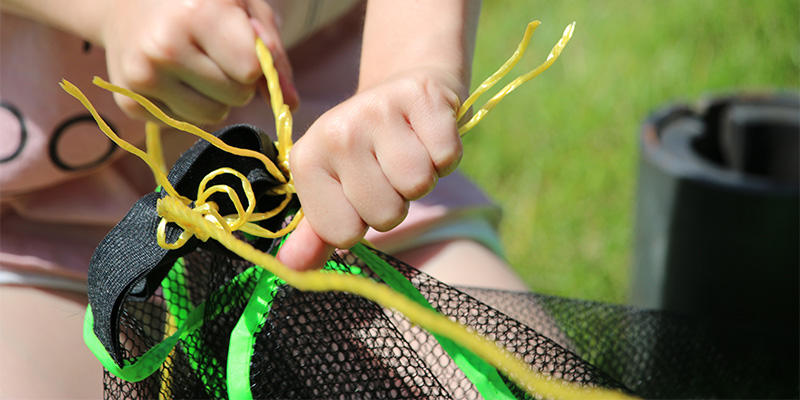 Students were awarded more points if their device was environmentally friendly—for example, made from recycled and reused materials. Division 1 participants were instructed to use colour in their projects any way they saw fit. Espen thought painting or colouring items would add chemicals to the water, so he and Ginny decided to construct their project with items that were colourful already, like their bright green pool noodle.

They celebrate the success of their device, proud to have created something on their own, and empowered to use imagination, problem-solving skills, and scientific knowledge to make the world a better place. Ginny and Espen can’t wait to see what challenges will come their way at APEGA’s 2023 Science Olympics! 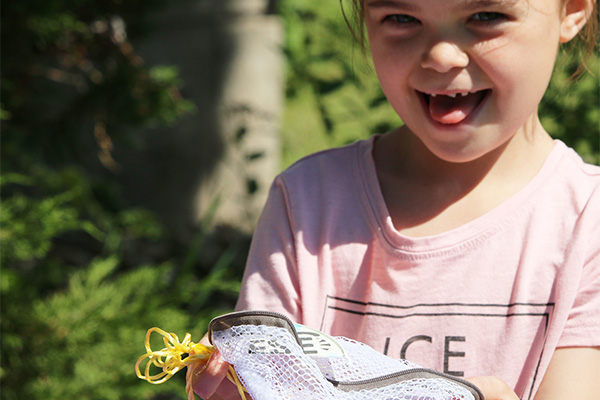 Read more about how the Science Olympics teaches students how the professions change the world by seeing what the Grade 3 students at Elmer Gish School accomplished in the 2021 challenge.

Find out more about Science Olympics