The soft peach-hued horizon traces the outline of the vivid yellow frame of Harbour Air’s DHC-2 Havilland Beaver, C FJOS. The pilot pulls the yoke, the plane lifts, and water spray sparkles off the pontoons. It’s the first commercial electric airplane to ascend into the air, leaving the crowd gathered at the Fraser River squinting upwards, following the path of the historical 10-minute flight with their fingertips.

The plane coasts through the clouds ladled over the scape of Richmond, B.C., on Dec. 10, 2019. C FJOS had the usual 450 horsepower of a Havilland Beaver, and it also incorporated something special—the magni500, a high-power-density electric propulsion system.

This flight showcased work to which Siyu Leng, P.Eng., dedicated almost a year: developing the software for the electric motor powering the six-passenger seaplane. This historical moment will lead to what he explains is a new future for air travel—a smoother, more economical, and environmentally sound ride.

A flight to the future 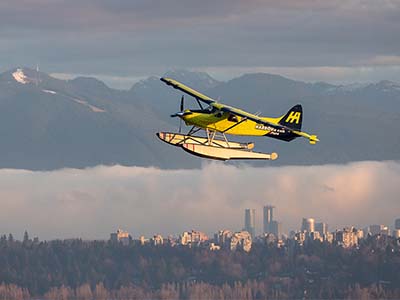 The takeoff marked history, but Leng wasn’t nervous. He had tested the software so many times he knew it would work. In fact, he took only the briefest of moments to celebrate his victory. “I was busy, so I watched the broadcast online. I was excited.” As the companies that launched the airplane, Harbour Air and MagniX, moved on to their next goal—creating the world’s first all-electric commercial fleet and gaining approval from Transport Canada to implement electric flights commercially from Vancouver to Victoria—Leng also moved on. He is now working with a different company to achieve maximum efficiency of electric motors at all operation points. He waxes poetic about what one percentage point can mean for overall performance, always working towards a near-perfect system.

Leng has been preparing to make history by incorporating electrical motor control techniques in both academia and industry for quite some time. He worked as a postdoctoral fellow under the supervision of another APEGA member, Dr. John Salmon, P.Eng., at the University of Alberta. He says this experience enabled him to reach the position he is in today.

“In 2014, Tesla was only in the beginnings of launching a production vehicle. Even I didn’t pay too much attention in terms of electrical vehicles. At that time most of the applications were more focused on industry application, like manufacturing plants, and wind energy. Few people were really seriously thinking about electric cars, not even electric airplanes.”

He says that shortly after, a shift occurred in North America and Europe and minds turned to electric aviation.

A brief hesitation on the runway

When he was approached by MagniX to help develop the electric airplane, he hesitated because he never thought an electric airplane could lift off the ground. He says his first thought was that electric motors are too heavy. He was also concerned about the battery energy density. “We know kerosene is roughly 40 times more powerful than our current best battery technology. So how can we sustain a flight using a battery, was my initial question.”

He explains battery energy is constantly drained by the electric motor. Preflight the battery needs a full charge, and then after it’s depleted once you arrive at your destination, it needs to be recharged.

“The most important thing is the energy density—how much energy is contained inside the battery. At this stage, electrical aviation is only suitable for short flights, maybe no more than 400 nautical miles, or maybe 700 kilometres. In this range, battery power can sustain a flight for general aviation. Beyond this range, battery power is not enough—but it will be in the future.”

He did some research online and found a company in Europe that had successfully flown an airplane with an electric motor. “I realized maybe I was behind the trend and needed to think about the future.” Leng explains it didn’t really matter what the electric motor was for—an airplane, a vehicle, or industry use. “Electric motors are widely applicable. The essential nature for me is the same thing.”

A greaser of a landing

He noted the challenging timeframe—he joined the team in April, and the plane was airborne by December. “I really thought we couldn’t do that. Everything proved me wrong—we were able to achieve something fantastic by the end.” He says the talented and motivated team did expedient and expert work.

According to Leng, the move towards electric-powered aviation would benefit the industry in many ways. Operations costs, such as engine maintenance, are significantly lower. “Combustion engines need a lot of maintenance, but the electric motor is so simple, it rarely needs maintenance—there’s no need for an oil change.” He explains fuel costs are lower, with a one-hour electric flight costing roughly $20 in electricity. The same flight with a combustion engine would consume around $400 in fuel. “The difference is dramatic. It is obvious for a short flight an airline would prefer an electric airplane because it would bring more profit.”

An attitude of safety and conservation

Leng says his biggest win was developing the parameters of the software. "Those parameters were critical to the safety of the flight. Should I choose the wrong parameter, it could potentially lead to a crash. That doesn’t happen because of the procedures I went through to get those parameters straight.” Multiple checks such as theoretical analysis, simulations, and ground tests eliminated any potential failure. “I’m proud of the parameters I chose.”

According to Leng, a good engineer owns a sense of responsibility. "It's really important because something you build will impact another person’s life.”

He explains the efficiency of an internal combustion engine maxes out at around 40 per cent, whereas an electric engine can easily achieve at least 90 per cent efficiency. “I feel that I’m doing the right thing, not only for myself, but also for the environment, and the world, because the electric motor is so efficient in comparison to an internal combustion engine. I’m hoping I’m working in some of the scenes that can really reduce carbon emissions for human society in the future.”

Leng buckles up for takeoff

In the meantime, Leng is awaiting his turn to climb into the passenger seat of an electric Havilland Beaver. “Even though I’m the design engineer for this part of the system, I never got a chance to experience how it feels.”

He explains passengers and pilots will notice the difference in flight—it is smoother and quieter, and the response of the motor is instantaneous. “You will feel the difference in vibration and noise—it will be much less than an internal combustion motor.” He says that more importantly, the system is safer. “With internal combustion engines, there is only one engine. If it fails, there is no backup. In an electrical airplane, we have a system with multiple layers of redundancy.”

He explains if one of the electric propulsion units fails, you will not lose the entire propulsion force immediately. It’s called graceful degradation, and Leng built such a feature into the software. “Should something go wrong, the system will degrade gracefully, not dramatically go to zero; instead, it declines one part after another. The pilot would have time to think about how to deal with the emergency and land the airplane safely.”

Making this idea take flight is the highlight of Leng’s career. But he’s just lifting off on the runway of electric motor innovation, departing on a smooth voyage to pilot the world into a new era of transportation. 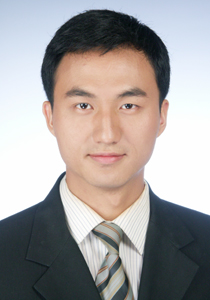 Check out news coverage of the historical flight.