Clayton Bos, P.Eng., wants to cultivate a community of collective thriving. “I really believe we need to build an environment that’s obviously right for our natural environment, but the bigger part of that is our social environment.”

He reflects perhaps this, and his small-town soul, is where his drive for volunteerism and educating the next generation of engineers comes from. “I think there's a lot of little things we can do to make a lot of positive change in our world.

Bos volunteered more than 500 hours of his time in 2021, earning him a Star of Alberta Award from the Government of Alberta, bestowed on those who have contributed to the well-being of their community.

Making a mark in Medicine Hat

As a teenager, Bos left the predicable rhythms of farm life on the Saskatchewan prairie to go to school for computer drafting. Initially, he wanted to take over the farm and grow wind-leaning grain and hustle cattle dotting the flat green expanse of his hometown, Cabri. But the land was too small to share, and his father, still young.

He graduated and promptly began his own business computer drafting. Along the way he worked with engineers who recognized he would do well in the engineering profession, and encouraged him to return to school. He earned his engineering degree and worked as a town engineer before becoming a teacher at Medicine Hat College. He’s taught at the college for 20 years, and is now the dean of the arts, science, and education department.

When his father passed away in 1997, Bos realized relationships are the most important aspect of his life—relationships with his family (he has four teenagers, spanning in age from 18 to 22), his extended family, his friends, and the communities he belongs to.

“Cabri is a very small town. When I was there, there were maybe 500 people. That’s a family in itself. Family really becomes the community you live in and the world you live in. When you put yourself out there, you find how much you have in common with the rest of the world.”

He says he revolves his volunteerism around what is most important to him—his family. He has coached or managed volleyball, basketball, soccer, swimming, and hockey teams and given his time to various community groups and clubs.

The gift of time

One of the most impactful ways Bos spends his time is mentoring others. He does this in part through his role as an executive board member of the APEGA Medicine Hat Branch. He acted as executive chair from 2017 to 2020 and continues to volunteer as a member of the board.

“I think I'm a good mentor because I've been mentored by some of the best,” says Bos. “I'm willing to put myself out there for other people now, too. You don't have to be a super successful person. You just have to be there for others.”

He instils a love of engineering in children by organizing activities like popsicle-bridge-breaking competitions in elementary schools. If there is an event in his community, Bos signs up to lend a hand. He and his wife provide a temporary home for international students. He explains there is a trade-off of time for giving back generously, and he sees the worth in each hour spent.

Bos is humbled by his Star of Alberta Award honouring his dedicated hours, pleased to see his efforts making a difference. He continues to set his sights—and time—on a consistent, tangible effort: actively building a strong social environment for his community to thrive in. 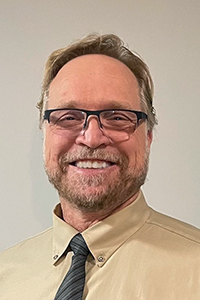 Check out volunteer opportunities at APEGA today, and gift your talents and time to the engineering and geoscience community.