From Humble Beginnings: An Examination of APEGA’s Investigations Department

In 2013, APEGA became one of the first regulatory bodies in Canada to employ a professional investigator to review complaints. Seven years after that modest start, that solo position has grown into a team of six investigators with more than 100 years of experience between them.

The first, though, was Rick Thiessen, APEGA’s director of investigations.

From start to finish

Thiessen spent the first 28 years of his career as a professional investigator with the Edmonton Police Service, developing his skills in the major crimes and professional standards units. The latter was a perfect stepping stone into APEGA—Thiessen defines investigations as “the tip of the regulatory arrow that helps protect the public.”

The investigation process is a detailed one. Every single complaint—they must be written—lands on Thiessen’s desk. Once he reviews it and finds it enough to act on, he assigns one of APEGA’s investigators to the case. After the complainant is interviewed, the 26-person Investigative Committee—which consists of professional engineers and geoscientists—gets involved.

Thiessen requests a subject-specific panel to investigate each complaint, and with the assigned investigator, the panel looks at the whole case. Once the investigation is finalized, the panel recommends next steps to the committee, which makes a decision.

If the committee determines unskilled practice or unprofessional conduct is at play, it refers the case to the Discipline Committee for a formal hearing.

“This process works really well, because my department knows how to investigate, but APEGA’s members don’t need to be concerned that non-engineers and geoscientists are making decisions—the final decisions are all being made by the Investigative Committee. The panels provide the engineering and geoscience expertise and my staff is really strong in gathering evidence, conducting interviews, and knowing who to talk to and what to ask, so it’s the best of both worlds.”

Thiessen’s role at APEGA fulfils his innate sense of curiosity. He may not be a professional engineer or geoscientist, but he enjoys understanding how things work—and his job allows him to ask questions and constantly learn more about the world of engineering and geoscience.

“I have learned so much through my work. I like knowing the details of building bridges and that kind of thing. Asking questions is in my nature, and being in investigations allows me to understand our world and the professions a little bit better.”

As a result of his curiosity, Thiessen sees how investigations reinforce the importance of self-regulation.

Self-regulation is up to all of us

APEGA relies on complaints sent in from members and the general public to help us ensure our professionals continue meeting the required standards of practice. Complaints from professional engineers and geoscientists and complaints from the public are treated with the same amount of rigor. The Investigations department currently receives about 60 to 70 complaints per year.

On September 1, Thiessen announced his upcoming retirement. APEGA extends our gratitude to him for his groundbreaking work and for building such a capable and skilled team. We appreciate his tireless commitment to regulatory excellence.

Want to learn about the cases the Investigations department has handled?

APEGA provides a list of the last five years of discipline decisions and recommended discipline orders (formerly called stipulated orders). In some instances, names and other identifying information are removed as per the order. 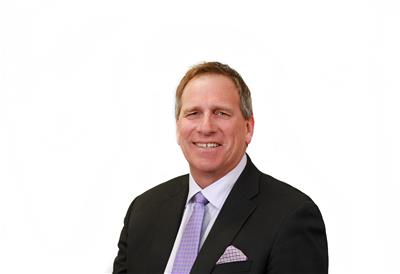