Weaving materials together to create a strong, resilient, and useful product is professional engineer Dr. Jason Carey’s specialty—he is a braiding expert. He works to increase the properties of long, thin materials, like catheters and rebar, using interwoven composite materials. For now, his biomedical and mechanical engineering research has taken a back seat to his role as vice dean of the Faculty of Engineering at the University of Alberta.

Of the many proficiencies Dr. Carey plaits into his students, like the ability to communicate efficiently, the most important one is understanding their obligations to society and the effect their work has in a broader context. “My research is going to have an impact, but seeing 150 students on a yearly basis, knowing I was part of their education and they’re going to become really good engineers with an impact on society—that drives me.”

He explains being mathematically and scientifically inclined help get a person in to the profession, but the ingredients of an exceptional engineer encompass something entirely different. “A lot of people can be very good engineers, but great engineers are people who like people and who think of people before anything else.”

In the popular MythBusters-type course Dr. Carey co-developed—called Busting Myths with Analysis—students practice this outward thinking by debating topical theories like Marvel character Thanos’s idea that to solve all global problems, we must wipe out half of the life in the universe (a play on the Malthusian theory of population growth, in which exponential population growth coupled with linear food and resource supply increase means eventually there won’t be enough resources to sustain the growing population). Dr. Carey assigns each student team a side to argue and gives them a week to prepare. “This is an ethical question in many ways. There’s also a scientific answer if you look at the numbers.”

Dr. Carey’s goal is to engage the class in answering scientific questions with a moral element. He teaches students to argue their points, listen to counter arguments, and leverage these arguments to their advantage. He requires them to explore theories with engineering knowledge—an especially triggering topic is 2001’s terrorist attack on the World Trade Centre in the United States. The class discusses the event’s causalities and reflects upon the question: Is society fair? Students then approach the problem scientifically to determine if it was possible for the airplanes to destroy the buildings.

Currently, Dr. Carey is taking his first sabbatical in 17 years, playing Metallica’s Master of Puppets on his guitar, cooking a simple version of chicken parmesan for his daughter Elle, and building the entire Harry Potter world out of LEGO. He spends a lot of time pondering what he refers to as his internal struggle—how can he most effectively impact society? What can he do to help?

This struggle translates to his teaching in a very productive way: his passion to make a difference is also what makes him a successful professor. With each student in his fold, he braids an impact. “I want to develop the leaders of engineering for the next generation.”

In 2020, Dr. Carey was awarded the Excellence in Education APEGA Summit Award. 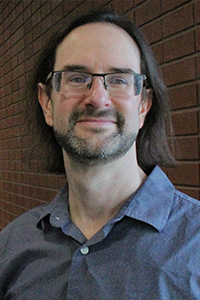