Navy blue suits and glossy shoes encircle a large book on a drafting table. Oil and gas professionals lean in head to head, watching a geoscientist’s fingertip run along the edge of a drawing of a mountain formation on the page, tracing out the range’s stress direction.

It’s 1996, and the group is using the Geological Atlas of the Western Canada Sedimentary Basin to find new areas to develop for the oil and gas industry.

“If you had big ideas to discuss, you could open to a page in the atlas and explain your reasoning to your team, and look for feedback. A lot of strategizing would take place over the atlas. It’s an iconic volume,  still widely used today and quite recognizable,” says Greg Lynch, P.Geol., one of the volunteers spearheading an initiative to update the atlas and turn it digital—a project targeted for completion by 2027.

With geoscientists from across the four western provinces, Yukon, and the Northwest Territories participating, the project is a cornerstone of collaboration in the industry.

An updated guide to the underground

One of the great sedimentary basins of the world, it houses vast resources of oil, coal, and natural gas. It is globally considered a super basin because of its past production and future potential of hydrocarbons. Significant new green initiatives can also be envisioned.

With scientific and technological advances, data from hundreds of thousands of new wells drilled since 1994, and a new partnership between geoscientists across the area, according to Lynch, “the time seemed right for an update into the rapidly evolving digital era.”

Instead of gathering around drafting tables, geoscientists and energy-sector professionals will meet around screens, together or remotely. They will have the ability to layer different maps atop one another to extract more information than ever before, benefitting from the last three decades of data, information, and interpretation.

An onion of a story

“The basin is like an onion peel or layered cake, where each layer has its own story and changes through geologic time—all the drilling has generated huge amounts of data of what’s beneath our feet, from the Precambrian basement all the way up to the youngest sediments at the surface,” says Lynch. “People from multiple organizations are producing integrated maps and storylines of all these stratigraphic layers, which will be digitally collected into one volume and available online for free.” Each map is accompanied by a chapter extrapolating the data and its uses.

The atlas is markedly Canadian—here, when a company drills, it must produce a set of data. Over time, that data becomes publicly available, enabling its widespread use. In this case, it serves as a foundation for updating the original atlas.

When Lynch and the Atlas Steering Committee gauged interest in updating the atlas, they received an enthusiastic response, resulting in more than 100 geoscientists agreeing to take part. “When industry and science are working on something new, they can visit this framework and use it to further their endeavours,” says Lynch.

During the creation of the 1994 atlas, editors Grant Mossop, P.Geol., and Irena Shetsen likely did not expect it to inform technological advances such as horizonal drilling or fracturing. Lynch says the creators of the new edition hope to see it used in unexpected but helpful ways as well, to develop new concepts and use evolving technologies.

The updated atlas will also function as a reference tool for those developing green industry technologies, as it will include chapters addressing the unique advantages found in the characteristics of the basin, such as pore-space resources—thick, vast, deep reservoir rocks with abundant openings containing water. Other new chapters include groundwater resources, heat and geothermal energy potential, carbon-capture usage and sequestration, and lithium potential as a solute by-product from deeply circulating formation waters.

Thanks to collaborative information collection, water temperature throughout the basin is already public record. “People who are developing the concepts and parameters around geothermal energy are using this data to know where the deep hot water resides. It’s a bit ironic in a way, as a lot of this key data has emerged from what were originally missed oil and gas targets—but data is so important, you never know how it might be used, and the atlas aims to capture that.”

Lynch explains the carbon-capture industry might benefit from the atlas’s information in a similar way. “We know that oil and gas have been trapped in the rocks for tens of millions of years—in some regions, approximately 50 million years back to the Paleocene. Those traps are robust, meaning they're secure. They've seen the test of time, essentially.” He says these reservoirs with sponge-like holes storing hydrocarbons and formation water can also hold recycled carbon dioxide. “This opens the door to planning for carbon-neutral developments and projects through injection, returning the carbon back to where it initially came from.” The atlas will point those looking to store carbon in the right direction.

In 2027, thanks to committed geoscientists, energy sector professionals across Canada will still huddle around the iconic Geological Atlas of the Western Canada Sedimentary Basin—the updated digital version—to drive the exploration and development of the land beneath our feet. 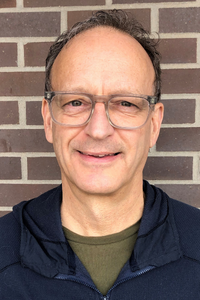