Over the past two decades, Paul Bauman, P.Eng., P.Geoph., has volunteered on about 20 archeological projects around the world. He's been featured in documentaries, including National Geographic's Finding Atlantis, and will soon be featured in one that's about to be released about finding water wellsites for a Kenyan refugee camp.

Two weeks before heading to Lithuania for other projects, the famous director James Cameron asked him to work on a sequel to Finding Atlantis. 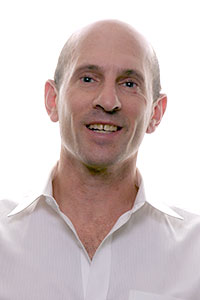 Mr. Bauman couldn't fit the project into his schedule. Yes, he turned Mr. Cameron down.

And off he went, to be part of a project that ended up having particular personal significance because of his Jewish lineage. Near the end of the Second World War, a group of prisoners held captive in a stone-lined pit dug their way to freedom. Of the 80 prisoners who attempted the daring escape from the Nazis, only 11 survived to tell the tale, becoming known as the Burning Brigade escapees. The exact location of their tunnel had been a mystery.

On the three-week archaeological expedition in Lithuania in June, the APEGA Summit Award recipient and colleague Alastair McClymont, P.Geo., PhD, helped discover the tunnel, using a geophysical imaging technique called electrical resistivity tomography (ERT). Similar to an X-ray or an MRI, the technology provides researchers with a picture of what's going on below the Earth's surface.

The images revealed a narrow tunnel, just 35 metres long and about 60 centimetres in circumference. Its location — the middle of a quiet forest near Lithuania's capital city, Vilnius — is historically significant. More than 70,000 Lithuanian Jews and 30,000 non-Jews were killed there early in the war. They were marched into the forest, shot by the Nazis, and buried in pits. It's considered one of the first sites of Nazi genocide. As the war came to an end and the Nazis attempted to destroy evidence, prisoners were forced to dig up bodies and burn them.

"It was only after we were there that the historical context started to sink in," says Mr. Bauman. His family is Jewish, with roots in nearby Belarus. "It certainly took on a lot more meaning for me."

Besides finding the tunnel, the researchers were able to determine the exact location of Pit One, the first pit used for the mass executions. They also found the trench leading into the pit, where people were herded to their deaths.

In Vilnius, Mr. Bauman and Dr. McClymont also worked with archaeologists to survey the subterranean floors of the Great Synagogue of Vilna. Built in the 17th century, it was partly destroyed during the war and later demolished. Thanks to the work of the geoscientists, however, archaeologists have already been able to excavate two floors down.

Mr. Bauman and Dr. McClymont were also part of a team exploring Rasu Prison for the burial site of Jacob Gens, a controversial Jewish leader who was appointed by the Germans to run the Vilna Ghetto. He was executed by the Nazis in 1943 and is said to be buried with a metal cigar box containing his memoirs.

The projects in Lithuania were led by the Maurice Greenberg Center for Judaic Studies at the University of Hartford, and the Israel Antiquities Authority. A documentary for the TV series NOVA, set for release next year, will tell the story of the Burning Brigade escapees, the search for the tunnel, and the other archeological work in Lithuania that's underway.