Each year, the APEGA Summit Awards recognizes professional engineers, geoscientists, and projects making outstanding contributions to their professions or their community. Up to 11 awards are presented annually, chosen from nominations sent in by fellow members, colleagues, students, and the public. 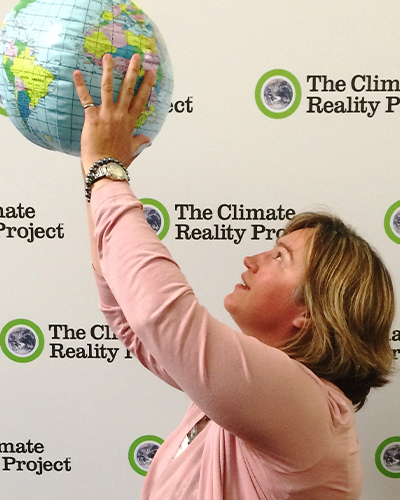 She is a game changer.

She’s the lightning bolt shocking the energy sector into a change some see as bold, but she sees as necessary, sensible, and late. She is spearheading the way in catalyzing policy and technological updates to use renewable energy as a more sustainable choice for Canada. “If you cannot ameliorate everything to be 100 per cent solar, or 100 per cent biomass, or 100 per cent geothermal, that doesn’t give you the right to not try. Get 10, 15, or 75 per cent of the way using today’s technologies instead of waiting and doing nothing.”

She launched her company Borealis Geopower in 2008, a registered B Corporation balancing purpose with profit, to begin to move those benchmarks. “We take using our company as a force for good seriously,” says Thompson. Borealis Geopower is at the forefront of geothermal industry applications in Canada, often funding its own projects, leading to a vast knowledge of how to monetize heat with the least risk and up-front capital.

Leading with the future in sight

When asked what makes a good leader, Thompson reflects one must always long-term plan and see the larger view into the future. She admires governments that make decisions today thinking of centuries to come. This is how Thompson chooses to live her life—she bases her decisions on how she can personally serve the world around her and improve the environment in realistic ways. “There doesn’t have to be a trade-off between the environment and the economy.”

She stresses that geothermal energy is proven effective in over 80 countries and has been in use for around 100 years. She says it’s time for Canada’s energy sector to pass the baton to new, effective, and sustainable technology. Thompson is the passion, inspiration, and subject matter expert leading the change.

Beginning her career in the oil and gas industries, she ascertains these organizations should be heralded with appreciation and kudos for keeping the provinces sustained and the lights on for Canadians while the country works to usher in a new era of cleaner, geothermal technology. “There’s nothing wrong with saying they’ve improved our society, and they should be respected for that. The only wrong thing would be not making changes now that we know there’s a different way.”

A vocation to improve the world 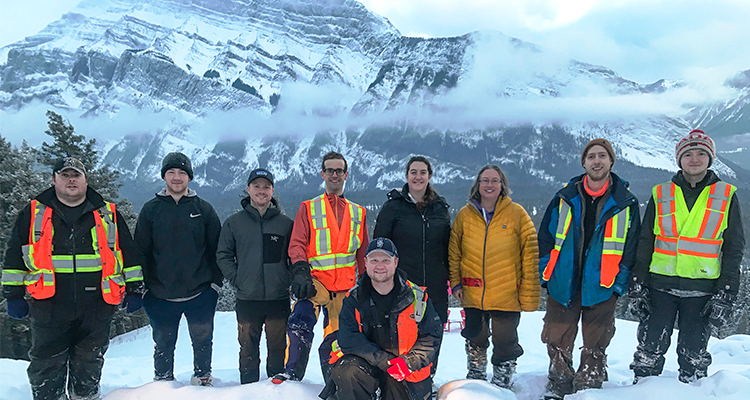 Thompson explains her drive to improve the planet and her respect for the engineers and technology of the past come from taking her education at McGill University and her iron ring commitment earnestly. “If I’m not the one making these changes, who else is going to do it? I feel a deep obligation to at least try.”

She expresses the life of an entrepreneur is not the easiest path, but she chooses to be “on the right side of history.” Her passion ignites the enthusiasm of her team of seven—a group eager to have a hand in creating more sustainable options for the energy sector. Thompson explains receiving the 2020 Centennial Leadership Award has shown her team the engineering community recognizes grassroots efforts benefitting the environment, giving them hope to carry forward the work she has begun. She calls out to other engineering and geoscience professionals to join her cause to create a more sustainable future for all Canadian youth. Find out how Thompson is creating a sustainable tomorrow with Borealis Geopower .

Nominations for the 2022 APEGA Summit Awards are now open until September 15, 2021. Click below to find out how to nominate someone today!