Over half of the energy emitted by the universe appears in the relatively unexplored Far-Infrared (FIR) spectral region, which is virtually opaque from the ground and must be observed by space-borne instrumentation. Many are unaware that Lethbridge has played a key role in recent advances in this field. The European Space Agency (ESA) Herschel and Planck Space Telescopes provided the first full-sky and broad-band access to the cosmos in the FIR spectral region. Herschel was comprised of three instruments which conducted imaging and spectroscopy in the FIR, including the Spectral and Photometric Imaging Receiver (SPIRE), with the Canadian contribution to SPIRE directed by the University of Lethbridge Astronomical Instrumentation Group (AIG). This lecture also introduces the Far-Infrared universe, and Canadian perspective on associated telescopes and scientific instrumentation; past, present, and including future missions and mission concepts. Targets of interest include relatively nearby star and planet formation, all the way out to the oldest photons available to us from the cosmic microwave background. Brought to you by the Lethbridge Branch, everyone is welcome to attend. 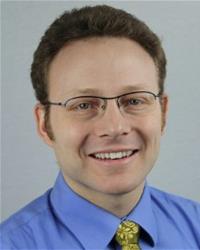 Dr. Locke Spencer, P.Eng. completed a BSc in Engineering Physics from the University of Alberta in 2003, and then MSc and PhD degrees at University of Lethbridge in 2005, 2009, respectively, working primarily with the European Space Agency (ESA) Fourier Transform Spectrometer on Herschel/SPIRE. He completed a post-doctoral fellowship at Cardiff University School of Physics and Astronomy from 2009-2013 working primarily with the ESA Planck High Frequency Instrument (HFI). He returned to Canada in 2013 for a Canada Research Chair (Tier II) in Experimental Astrophysics.